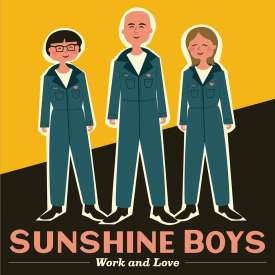 The band’s 2018 debut album, “Blue Music”, appeared on multiple year-end ‘Best Of’ lists, and was named 2018’s #1 album by Twirl Radio and The Radio Indie Alliance.

With “Work and Love” the band have taken their urgent, soaringly melodic pop to even greater heights. The album holds everything from full-bore rockers and world class power pop to intimate atmospherics and string-dappled modern masterpieces, and the result is nothing short of emotional uplift. Another powerful statement from the band the world needs now more than ever.